Contents may be inflammatory. If you suffer from 100% confidence in the what you learned in childhood, or 100% doctrinal certitude, or if you don't like it when someone nudges your metaphorical cheese, consult somebody else. 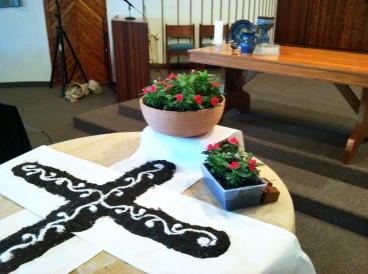 There are so many ways to define the word “hero.”  And I’m not talking about that distinctively delicious sandwich that New Yorkers call by the same name (what others among us might call a sub, a grinder, a hoagie or a poor boy).

Etymologically, the word comes from the Greek word heros or “demi-god” , originally defender, protector. The dictionary suggests that a hero is:

Ask anyone how they would define a hero and you’re bound to get some version of these qualities: bravery, extraordinary abilities, strength, willingness to do what others don’t want to do, and so on.  In this country, in some shape or form, heroes – and the very closely related practice of hero worship – are at the center of our way of life.  From people whose strength is seen in physical action to those whose courage is challenged pn the more esoteric moral and ethical field, we are quick to identify and reward people who have done extraordinary things.  Nobel Peace Prize winners, Congressional Medal of Honor recipients, Women and Men of the Year honorees at local volunteer-based organizations like YWCA and Elks Clubs and Family Promise – these are the kinds of people we want our children and grandchildren to look to as role models.

In a culture in which accolades go to the stronger, faster, smarter, richer, more accomplished, our attention often focuses on some heroic goal toward which we think we ought to aspire.  At a very basic level, we have been made to believe we are somehow incomplete until we accomplish that (whatever “that” is).  Church people are no different.  We have our own pedestals with any number of heroes which have been (and continue to be) placed upon them: saints, apostles, martyrs of old, great teachers, powerful change agents, dynamic “great preachers,” successful congregations and their successful pastors.

The Bible is full of heroes – in the literary sense and in the mythological sense:  people called out of the ordinariness of their lives to do extraordinary things for God.  These great movers and shakers are the role models of our faith.  But they’re a bit like the Wizard of Oz.  There’s more to those iconic figures and all you have to do is pull back the tent flap.  Noah was a drunkard who committed incest. Abraham lied and tried to pass his wife off as his sister so he wouldn’t get in trouble with Pharaoh.  Moses struggled to lead and whined to God; David was an adulterer and manipulated,  even murdered to get what he wanted; Mary was a bit bossy and controlling; Peter was a know-it-all; Paul began his career persecuting and then became a bit of a braggart.  And as for the saints through the ages, you don’t have to look very deep into their lives to see a bit of a mess.  Even people like MLK, Jr. and Mother Teresa had their not so stellar moments.  Still, it seems that these are the very people through whom God has done some pretty amazing things.  I repeat.  THROUGH whom GOD has done amazing things.

This is the thing we tend to forget: that while it is certain that God is God doing God’s work, we are the people God has chosen to do that work. That’s why for a long time, we’ve thought of ourselves as the ones sowing the seed in this parable.  For generations, our attention has been turned toward the quality of the soil.  Attempts to follow Jesus in the best possible way has focused either on finding the appropriate soil (a.k.a. people like us) so the message will be received and will bear fruit, or on changing the soil, (i.e., make them more like us):  teaching, nagging, and to use a gardening metaphor, sometimes overtilling that soil, hoping that what we sow will then yield great things.  This has led to all kinds of self-esteem issues because we can never be good enough gardeners, never fix the soil enough, never produce enough fruit to make a difference in what seems like the ever growing brokenness we see all around us.

What if our call isn’t to find great soil? What if the call is that we are supposed to somehow BE good soil?  This causes us angst because any good Presbyterian knows that its not really possible for us to be good anything. Calvin, our father in the faith has taught us well about our sinful nature, so expecting to be good at something goes against the grain.

This seems to be the opposite of heroic. Heroes DO things.  They MAKE THINGS HAPPEN! Yet if we calm down a little, we’ll see that we certainly have enough examples of the kind of anti-heroes God is looking for. There are 1000s of behind the scenes heroes: soldiers who serve and never earn a medal, nurses and firefighters and teachers and electricians and secretaries and all those public servants to never make the 10 o’clock news but who just show up day after day and do their job so you and I can get on with our lives.  Think about people like Mary and her sister who live in Connecticut and who every year knit enough stocking caps for the Kindergarten class in one school.  They aren’t valiantly knitting for thousands. They’re not on a crusade to provide for every school in the region. They’re not even working on a plan to provide hats for the whole school.  Mary and her sister are just responding to a need they learned about from Mary’s daughter who teaches Kindergarten in that inner city school.  Yet in that simple act, they are heroes to those kids and their families.

Think about people in our own community who just show up before or after work, like Mitch and Paul P. and Steve who replaced the door on the shed after it was broken by burglars. Consider the heroism of Paul W. who blew the dust and debris off the patio this morning; of Thomasina who came to choir and led the altos year after year; of Sandy whose projects provided simple and meaningful gifts to so many; of Ginny who sits with families and helps them think things through; of those on the prayer chain who quietly receive our prayer needs and make a daily offering to God on our behalf.  This is what a hero looks like.  This is the good soil that is growing a fruitful crop.

Too often we feel we are not living up to God’s great vision, that what we have to offer isn’t nearly enough to make even a tiny impact on a world full of needs.  It’s time we shift our focus.  God isn’t calling us to be heroes who are known by splashy heroic deeds, whose charisma and talent keeps the spotlight focused on them.  God is calling us to be faithful with what has been given us to do, trusting that God’s own Spirit will make every small thing bear the necessary fruit that will sustain us and bring hope to our small bit of this community.